Google found the key with Google Photos. It has become one of the stars of Google I / O with its annual news and this week they have discovered, hidden in its code, new features that will reinforce its main features: editing and storage.

The latest features suggest that Google Photos will offer new options to free space in memory, and add very interesting editing tools , such as the bokeh effect and Color Pop.

All these updates of functions will begin to arrive soon, since for the moment they have been detected by the companions of Android Police with one of their usual gutted code of the APK file of version 3.23. of Google Photos. The changes have not been officially confirmed but their indicators in the code reveal that the developers are working on them.

We remain very attentive to landing the Google One service (some say it has already arrived ) that will offer us more storage space in the cloud , especially for paid users. Meanwhile, Google is starting to offer ways to recover space from Google Photos.

The only downside is that this new method to gain space is destructive , which has always been the only condition of Google to offer free unlimited storage on their servers, where it leaves all the photographs at about 16 megapixels .

Soon, as it seems to point the code in Google Photos 3.23, the application will offer us the possibility of reducing the weight (and, obviously, the resolution) of all those photographs that, in turn, we upload to the original size platform, when We were optimistic and we had a lot of space in Google Drive.

Until now, the only possibility was to change the quality of the following photos in uploading the service: from Original Quality to High Quality.

When Google warns us again that we are running out of space in our account, one of the alternative options to hire (and pay, periodically) more space in your cloud will be to lower the resolution of the “Original Size” images to “High quality”.

Adjust the bokeh effect a posteriori.

This is, perhaps, the most relevant novelty that has been detected in version 3.23 of Google Photos. The bokeh effect, the blurring of a photographic background that helps separate it from the protagonist of a portrait , is more in vogue than ever. In the Google application, now, this blur will be adjustable.

Although it is not clear if this effect will be possible in any photo or only in those taken with the popular Portrait Mode that includes more and more terminals, everything indicates that Google Photos will allow to decide what amount of blur applies to photographs once they have already been taken and uploaded to your service.

In this mode, the bokeh could be totally distorted, through the automatic learning we already know about Pixel 2 , with which Google Photos would know how to differentiate the background from the figure to apply the desired blur to the first.

Changes can be applied from the photo retouch options, in the edit mode interface where we can also retouch the color settings. There would be two adjustments: the amount of blur and another to define the depth of field.

While we are still waiting for the Color Pop option that made so much noise during the presentation of the Google I / O event to activate , the code adds details about the functionality, such as the mention of the button that appeared in version 3.21, the message that would appear once activated, in version 3.22, or the new mention of Google Photos 3.23 that appears related to the button to apply the Color Pop manually. In addition, it seems that the code confirms that soon we can write captions for all our images. 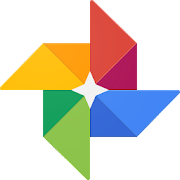 Hi, I am Nick! Apart from being a loving husband and a father of one, I dedicate myself to manage a company full time. Writing is my passion, I started writing a blog some 10 years ago, now reviving this passion again, I would love to express my views and takes on day to day stuff, hope you guys enjoy! Do share your thoughts.
Previous Update the car: parking sensors. Buying guide and featured models
Next How to check the health of your hard drive with these three free tools

The arrival of the first digital cameras changed the rules of the game. Until that moment …

© Copyright 2018 - DIY Somo. All Rights Reserved. DIY Somo® is a registered trademark.
Disclaimer: As an Amazon Associate I earn from qualifying purchases.
%d bloggers like this: